Journey to the Center of Kubernetes

Meetup #19 took place Jun 22, 2021 19:00 CEST, and was virtual again. Michael Gasch gave an input presentation on etcd and did a deep dive into its role in the container-orchestrator kubernetes.

The talk is based on a blog post: Onwards to the Core: etcd. A shell transcript can be found here:

We learned about the API of etcd, its data model, key value stores layouts, append-only storage and compaction. A recording of the talk is available on YouTube: 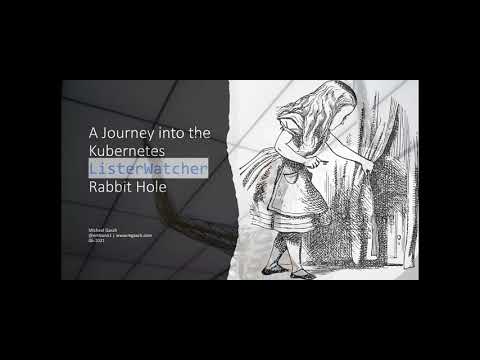 A few highlights from the talk:

Consensus algorithms allow a collection of machinesto work as a coherent group that can survive the fail-ures of some of its members. Because of this, they play akey role in building reliable large-scale software systems. – In Search of an Understandable Consensus Algorithm

Kubernetes uses etcd as a registry with components starting to watch specific keys for events.

Some tools mentioned or used in the talk:

Join our meetup to get notified of upcoming events!