We looked at changes coming in the upcoming Go 1.14 release, which is is expected to be released in February 2020.

The slides can be found here:

There are many improvements, just one of them is lower-cost defer statements.

The proposal can be found here:

The net/http package offers many extension points, using interfaces or callbacks - as well as alternative implementations. A few examples are sketched out in HTTP Getaway.

Retry is a common pattern. Interestingly, application layer retries might not always be enough, sometimes only a connection reset will help. 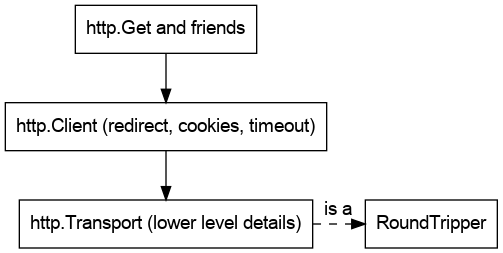 We want to make it simpler to contribute and to stay up to date with our meetup and we may create a mailing list in the future.

Until then, please feel invited to: