Go is popular in the crypocurrency space. The well-rounded standard library and great support for networking applications might be one reason. In Meetup #4 Philipp presented an introduction to Bitcoin, Lighting Network and a Go project, that makes micropayments for API usage really simple: ln-paywall.

The presentation is available as PDF.

An http middleware takes care of creating invoices per request, a complete example can be implemented in a few lines. Middleware implementations are available for echo, gin and other frameworks. You can experiment on testnet and with a test wallet or build you own private chain, although this a bit more involved.

Philipp also wrote gokv, a key value store that abstracts away over twenty local and cloud based implementations. 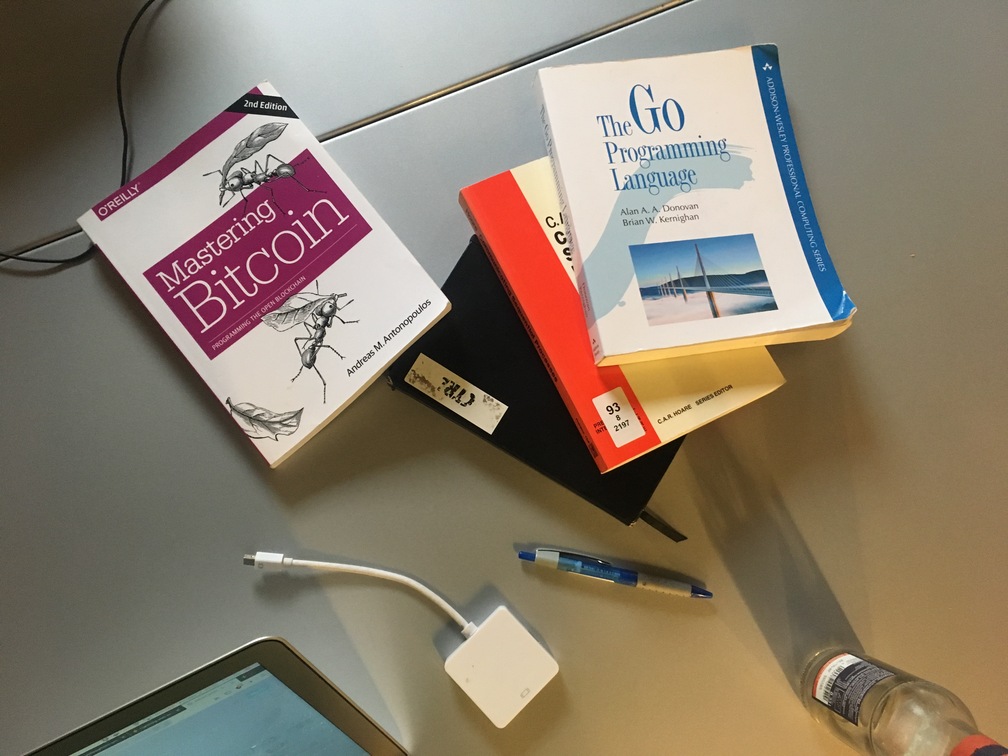 🔗 The zero value in the wild

Cloud providers SDK API differ in style, this might play a role in the decision for a cloud provider as well.

Go has the concept of a zero value:

Each element of such a variable or value is set to the zero value for its type: false for booleans, 0 for numeric types, "" for strings, and nil for pointers, functions, interfaces, slices, channels, and maps. This initialization is done recursively, so for instance each element of an array of structs will have its fields zeroed if no value is specified.

While in general this is a useful feature, you lose the distinction between an uninitialized and an empty value. One example for this can be found in an older issue in the Go Amazon SDK: #114.

One big issue migration to this SDK from other community SDKs is that most of the string types are represented as string pointers. This make porting existing code difficult. Also, simple initialization become cumbersome …

Many companies love open source, fewer like to take an active role in development and maintenance of free software. However, there are many good reasons to do so:

The Go world is no different than others in this respect. Some developers of great open source tools (e.g. Fatih Arslan) take sabbaticals, others projects may go unmaintained.

One initiative for Go is gof.rs:

The Gofrs (pronounced Gophers) is a community-formed group working together to better the entire Go ecosystem. Some of these efforts include picking up the maintenance of projects that are widely used or have large impact, as well as to consider new solutions to problems that arise as the number of Go programmers continues to grow.

We initially formed in the summer of 2018 to take one of the most popular UUID packages in the Go ecosystem, github.com/satori/go.uuid, and have started to look at contributing to more projects.